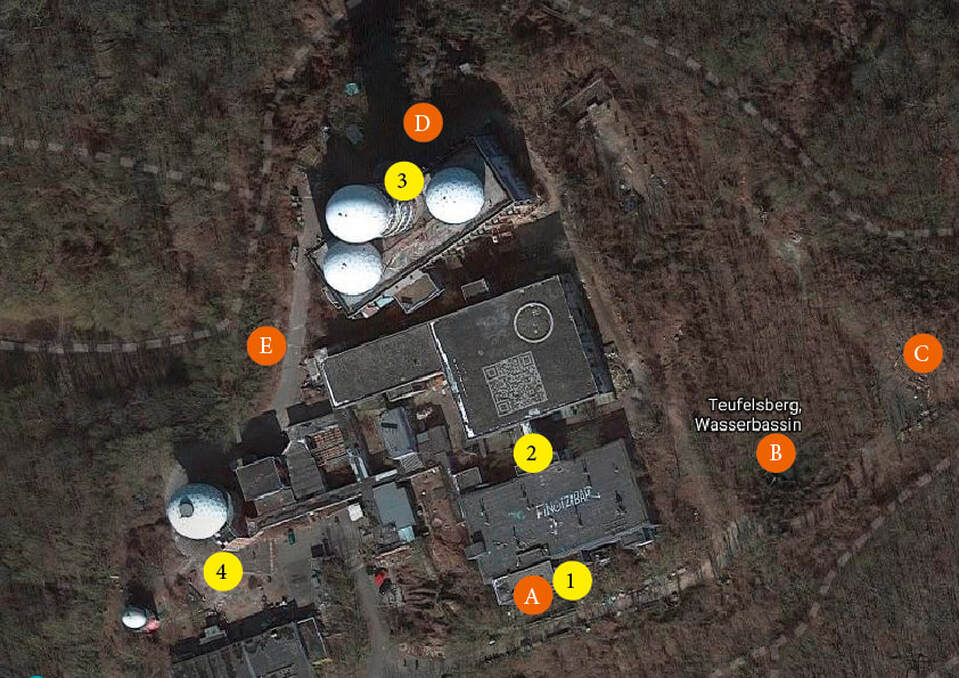 4 'Plateau Station'
Teufelsberg (German for Devil's Mountain) is a man-made hill in Berlin, Germany, in the Grunewald locality of former West Berlin. It rises about 80 metres (260 ft) above the surrounding Teltow plateau and 120.1 metres (394 ft) above the sea level, in the north of Berlin's Grunewald Forest. It was named after the Teufelssee (i.e. Devil's lake) in its southerly vicinity. The hill is made of rubble, and covers an under-construction Nazi military-technical college (Wehrtechnische Fakultät). During the Cold War, there was a U.S. listening station on the hill, Field Station Berlin.